I Tarocchi del Re Sole 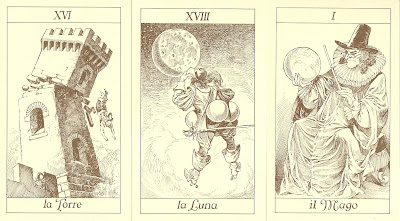 Notes:
The title translates as Tarot of the Sun King. The szenes are based on Alexandre Dumas' The Three Musketiers, which was set in the reign of France's "Sun King", Luis XIV.

The pip cards are illustrated and the four suits are represented by the four musketeers.The suit of swords is associated with D'Artagnan, batons with Portos, cups with Aramis, and coins with Athos.

The deck included a title card and a presentation card and a leaflet in Italian.