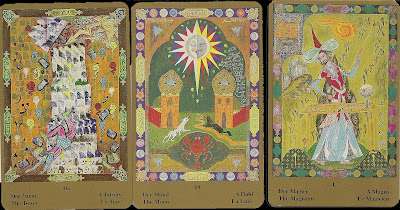 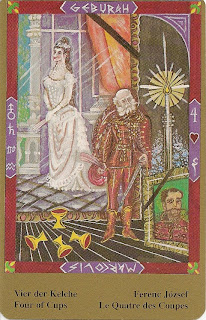 The suit of swords focusses on ancient Egyptian symbolism, wands on India, including the Hindu and Moslem aspects, cups on Hungary and coins on Persia.

At the top of each Minor Arcana is an angelic Sephira at the bottom the corresponding demonic Sephira . On the left side are astrological symbols, on the ride side the rank, suit and element of the card.