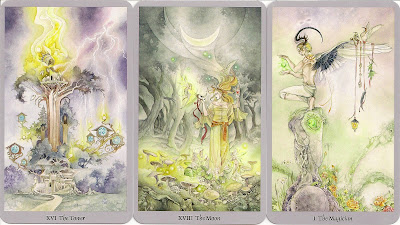 Notes:
Stephanie Pui-Mun Law is a renowned artist, whose fantasy illustrations regularly appear in magazines such as “Realms of Fantasy”. The artwork was influenced by the Impressionists and done in watercolors.