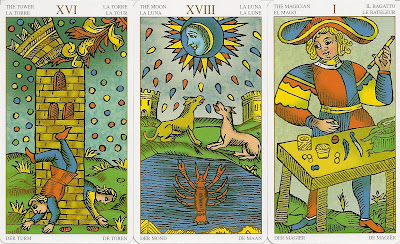 Notes:
The Universal Marseille Tarot is based on a Swiss deck created in 1751 by  Claude Burdel, retaining the woodcat look but recolored. The card images have thick black line-work, filled in with a rendered, smooth blend of colour.