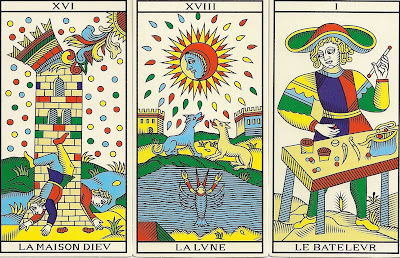 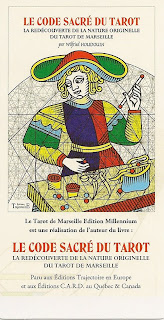 Notes:
The "reconstruction" of the Tarot de Marseilles by Houdouin is based on the theory, that the sacred geometrical blueprint of the Marseilles tarot was a geometrical matrix known as Metatron's Cube overlaid onto the Flower of Life.

Houdouin draws a line from Pythagoras and Aristotle to Leonardo Fibonacci and Henri Poincare.

The tetrahedron if inverted upon itself produces the Stella Octangula, or star tetrahedron, which is the dynamic core of Metatron's Cube.
Eingestellt von eno um 18:07